Our residential division has been announced as the Gold Award winner for Lutterworth by the British Property Awards!

Now in their second year, the British Property Awards aim to highlight and reward excellence within the UK’s residential property sector but at a local level. Entries are not invited, and instead agencies are evaluated independently by mystery shoppers against a set of 25 criteria with a specific emphasis on outstanding customer service. Wells McFarlane’s team, led by head of residential, Kay Marden, was judged the best in Lutterworth.

Robert McLean, director, British Property Awards said: “Our awards have been specifically designed to be attainable to all agents, removing common barriers to entry, such as cost. If an agent has been attributed with one of our awards, it is simply down to the fantastic customer service levels they’ve demonstrated across a prolonged period of judging. Winning agents should be proud that their customer service levels provide a benchmark for their local, regional and national competition.”

Established in 2012, Wells McFarlane Residential is thriving, with Kay and the team selling properties across the agency’s home town of Lutterworth, as well as in wider Leicestershire and the neighbouring counties of Northamptonshire and Warwickshire. The division has particular expertise in selling properties in rural locations as well as barn conversions and more unusual, individual homes.

Kay said: “Obviously, we were completely unaware we were being considered for this award, so it was a genuine surprise when we got the call saying we’re the best in Lutterworth! We spend a lot of time and effort with our clients, knowing that buying or selling a house can be a stressful and daunting process, so to have our customer service recognised as outstanding, especially over an extended period of time, is a fantastic achievement. It also represents hugely significant reassurance for our homeowners and house hunters that they’re working with the best!”

As a Gold Award winner, Wells McFarlane is automatically eligible for the national finals, which will be held in London later this year. 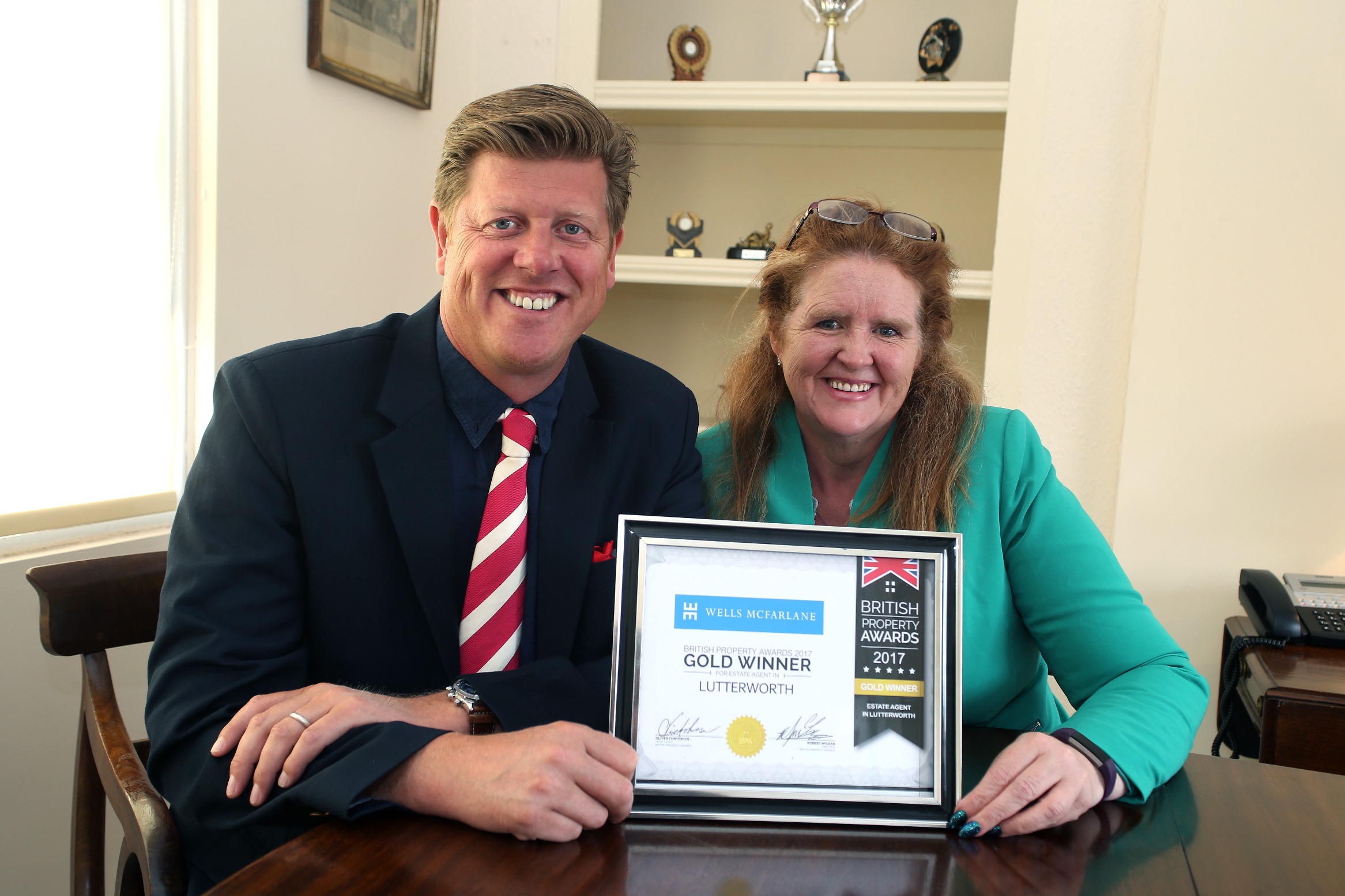