Jason Hercock is a fully qualified Chartered Surveyor who has been actively involved in the East Midlands property industry for over 15 years. With extensive experience in both commercial and residential markets encompassing agency, valuation, telecoms, compulsory purchase and compensation, Jason is a graduate of De Montfort University and holds an Honours Degree in Land Management, together with his MRICS qualification.

“When I met with Wells McFarlane’s Directors, it was obvious that the firm has ambitious growth plans and could offer a thriving environment with a culture similar to my own professional ethos,” said Jason. “With a strong reputation in Leicestershire and the neighbouring counties, as well as industry recognition in the form of the Property Award, it felt like an exciting time to join the team.”

In his new role as Associate Commercial Surveyor, Jason will focus on commercial agency and landlord and tenant matters including managing some of Wells McFarlane’s key developments such as St John’s Business Park, Lutterworth; Kibworth Business Park and The Point, Market Harborough. Jason reports to Wells McFarlane’s Director and co-founder, Andrew McFarlane Holt.

Andrew said: “Jason’s appointment marks another step forward in the expansion of the business and he fulfils a key vacancy since our relocation to Devonshire House late last year. Jason’s knowledge of the local and regional property markets is excellent and we are confident that he will be an asset to Wells McFarlane.”

Outside of work Jason is a keen golfer, representing the Leicestershire Golf Club and the Leicestershire & Rutland Golf Union county team since his return to amateur status following a number of successful years on the professional circuit. 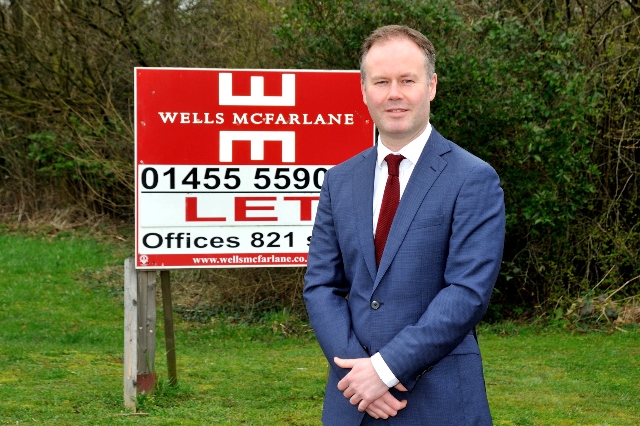